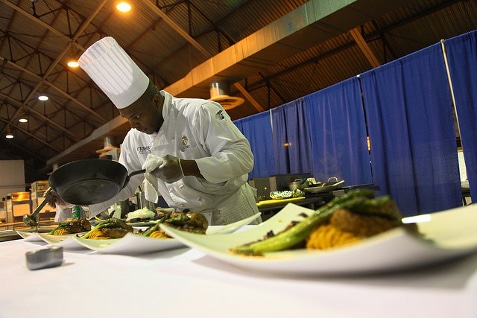 “People always clap for the wrong things” wrote J.D. Salinger in his famous book The Catcher in the Rye. This statement, made well over half a century ago, could as well be said about the dozens of awards and award ceremonies for every given field and specialisation that are in vogue today.

Surely there must be a reason (or two) behind why there are so many awards and recognitions in every field of life, whether it be recognising creative genius, academic brilliance, sporting excellence or the highs of human compassion. The food and drink industry is no stranger to the trend of multiple awards in any given field.

Not all awards are like winning an Oscar or an Olympic Medal but does that mean that they do not count for anything? People would be lying if they said that. Winning an award is always fantastic. Going up the stage in front of your peers, receiving that trophy while the rest are clapping (jealously?), isn’t that what dreams are made of? Getting that recognition, validation and cheer are worth winning all the same.

It is not just all feel good. There are more reasons.

Efforts in preparing for the awards have never gone waste

More often than not, the team in your restaurant, hotel or kitchen will go that extra mile and put in just that extra bit of effort in order to win. Try out a new improvement on their recipe, a better presentation, ensure the last nook is just as clean as the rest. Surely, the focus on excelling leads to improvement in the institution in particular and the industry as a whole in general.

Working towards achieving awards involves entire teams and often cross functional teams. Even individual awards more often have the backing of the team. The chef will have his sous-chef, pastry-chef, stewards and more.

It is a well know fact that the teams which work well together also perform the best. As teams work together towards an objective, not only are they focussed on excellence, they also improve team spirit. A common goal improves communication, reduces friction and fosters camaraderie during the journey, and that is a big victory by itself.

Gets teams to focus on results

Industry awards almost always have trained professional to ask tough questions. Any entry, if it hopes to win, must demonstrate a positive impact on business outcomes, which should be a way of life in a business establishment. This results orientation must start when a team is shaping and designing a program that may someday be award-worthy. An awards program only helps to re-establish that focus.

Ever so often great work may go unnoticed beyond the narrow realm of that organisation itself. A new way of doing things, a brilliant technique, a time and money saving innovation, need to be highlighted and shared. Awards are a perfect medium to recognise this brilliance and bring it before the entire industry so that everyone benefits from it.

Having said this, it must also be recognised that not all awards are created equal. There will always be an Oscar or a Nobel prize and then there will be others. The standing of the awards is very often determined by the organisation which is backing the awards.

In the hospitality industry, the Restaurant and Catering Awards for Excellence are a marvellous yardstick for the industry and help member organisations of the Association to strive towards achieving more. A large part of the success of the awards is because of RCA. The association works constantly and actively towards the welfare of its members and always has their best interests in mind. It is no wonder that these awards are often thought of as the ‘Oscars’ of their industry.

We hope you have a program for excellence going at your restaurant and have sent in your nominations for the awards. Alsco would be thrilled to see you walk up to the stage and win amidst thunderous applause from the rest of the industry.

And while you and your team work hard towards that recognition, there is always the bright, fresh linen for your restaurants and the smart and stylish chef’s uniform from Alsco to help you along the way. And this help is but a phone call away!