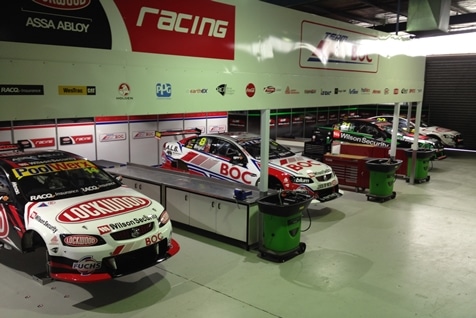 The Green-Clean Option – How the Ecosafe Washer is Environmentally Better

It’s hard to argue against the idea that the whole automotive industry is as far removed from the concepts of neat and clean as you can get. Even the layman knows that a mechanic’s job is oily, greasy and grubby.

It is the same in terms of the environment, with pollutants entering waterways when solvents are spilled, toxic vapours released into the air during working processes, and the resulting by-products of work done are often poorly disposed of.

Little surprise then that we have taken to promoting the Green-Clean option in an effort to reduce the negative environmental impact made by this sector.

With the arrival of the Alsco Ecosafe Washer, which uses a solvents-free washing system, no waste is produced and the process is safer for the health of the user too.

Solvents are basically the chemical products used to break down grease, dirt and oil and get individual auto parts completely clean.

Elbow grease just isn’t enough to do the job right, but the development of aqueous-based solutions means that the whole process has become safer from both an environmental and health perspective.

The reason is that aqueous washers use alkaline detergents mixed with water.

In the case of the Ecosafe Washer, the solution (known as Ozzy Juice) is non-flammable, pH neutral, non-toxic and non-corrosive, making it the safest engine cleaning solution the environment could hope for.

The problem with the automotive industry – at practically every stage – is the waste products that must be disposed of once the processes are over.

When it comes to auto repair and body shops, the disposal of physical byproducts likes grease, grit, dirt and oily substances, as well as any chemical byproducts, is a major problem. Old school part washers have done little to improve the situation.

But the Alsco Ecosafe Washer makes use of a bio-remediation process, which means that now the waste created is greatly reduced.

How? Well, hydrocarbons, such as those found in petroleum products, are converted into water and carbon-dioxide.

Health has long been an issue at the heart of the industry, with a range of illnesses and skin conditions developed through the use of solvents.

Vapours breathed in can cause:

While touching chemical compounds can cause skin complaints.

Arguably, the most common skin condition is dermatitis – in fact, in a study in Sweden, almost 6% of automotive industry workers there tested positive for work-related dermatitis.

The secret to keeping the process safe for users is the blend of non-pathogenic microbes in the Ozzy Juice, which are completely harmless to humans. These microbes effectively eat up the hydrocarbon waste that can be toxic, and turn it into water and carbon dioxide.

Of course, efficiency is important too, and the Ecosafe Washer is easily as effective as the solvents traditionally used for engine cleaning and industrial parts washing.

Making a significant contribution to the Green-Clean drive, the Ecosafe Washer is better, not just for the working environment, but the environment in general.

The Alsco Ecosafe Washer is water based and exists in its own eco environment where oil and grease are turned into water and carbon dioxide (bio remediation). This ensures a safer workplace where you clean parts without breathing or soaking your hands in dangerous hydrocarbons.