Home » Greenroom » The Results Are In: Paper Towels Win The Hand Dryer Battle

The Results Are In: Paper Towels Win The Hand Dryer Battle 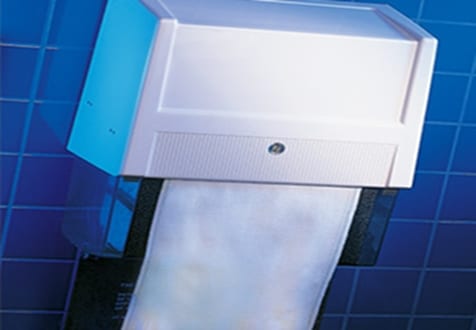 For many years now the debate has raged: which is better, paper hand towels or hot air dryers? And it appears we now have a definitive answer: paper towels are the best choice when it comes to hand hygiene.

A biomedical scientist from the Queensland University of Technology, Cunrui Huang, has carried out a review of 12 studies evaluating drying efficiency and removal of bacteria when using paper towels, cloth towels, hot air dryers and jet air dryers. In terms of these criteria, single-use, disposable paper towels are a clear winner.

There is no denying the importance of hand drying in achieving optimal hand hygiene.

As  Dr Huang pointed out, “When looking at hygiene it is important to remember that the transmission of bacteria is more likely to occur from wet hands than from dry hands”.

The superiority of paper hand towels is based on two factors:

How Long Does It Take To Dry Your Hands?

So hot air dryers take 30 seconds longer to achieve a similar level of dryness as paper towel. This becomes significant when looked at in context of yet another of the reviewed studies, which showed that people don’t generally dry their hands for longer than 20 seconds.

Not only do paper towels leave hands drier in a shorter amount of time, the mechanical action of rubbing your hands with paper towel physically removes bacteria from your skin. The friction associated with paper towel use can dislodge microorganisms from the skin.

What About The Environment?

Paper towels are the obvious choice for optimal hand hygiene but what about the environment?

The use of paper towels requires the cutting down of trees and washrooms using this hand drying technique can expect to consume a lot of paper. Hot air dryers require electricity to function but the amount used is considered to be ‘better’ than the amount of resources that go in to single use, disposable paper towels.

So from an environmental point of view it may be argued that hot air dryers are less resource-heavy than paper towels and therefore superior environmentally.

So which do you choose: superior hand hygiene or less environmental impact? Perhaps a  middle ground could be found in the use of cloth towel dispensers, which were excluded from the review because of low numbers in use in public restrooms.

While they don’t remove quite as many bacteria as paper towel (45 per cent, as opposed to 58 per cent) they are more environmentally friendly and usually more cost effective.

Of course, most times you’re not actually presented with a choice so if the next time you use a public bathroom your only option is a hot air dryer, be sure to hang around long enough to ensure your hands are fully dry.

The continuous Cloth Towel also offers important benefits with less impact in the environment. Use cotton towels which are an environmentally friendlier option than paper.

See it in action. Alsco’s friendly representatives are waiting for your call.