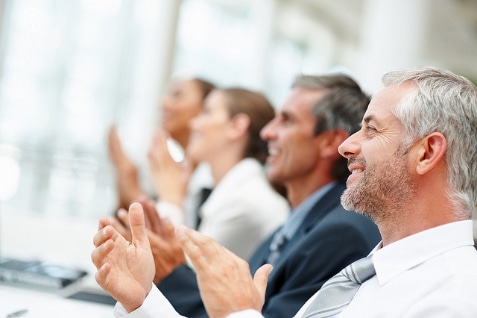 Alsco, a leading supplier of rental linen and professional stylish chef’s uniforms, is pleased to be the recipient of the Supplier of the Year Award at the 2015 Savour AustraliaTM Restaurant & Catering HOSTPLUS Awards for Excellence in Southern Australia.

The awards were announced at a glittering ceremony held at the Adelaide Convention Centre on Monday, August 3rd, 2015, to honour and celebrate the best in the industry. More than a 1000 guests and dignitaries attended the ceremony. The complete list of winners can be found here.

Alsco is the premier supplier of elegant, clean and crisp table-linen to restaurants and smart, stylish and comfortable uniforms for chefs and other kitchen and restaurant staff. Restaurants, caterers, event and wedding organisers across Australia have been happy users of Alsco linen and workwear for more than 50 years.

Peter Rowland Catering, which caters for major events such as VRC Spring Racing Carnival, Formula 1 GP & Moto Grand Prix and Air Show, says “You have always been willing to go the extra mile to fulfil our requirements which we have always appreciated.”

The Restaurant and Catering Awards are the authoritative guide to Australia’s restaurant and catering industry celebrating not just the best in the industry, but also the people who support this marvellous industry. The Awards for Excellence have been running for more than 15 years.

Louana Lee of the National Press Club of Australia says “We have been more than happy with the service provided by Alsco and are impressed by their standard of delivery and their willingness to assist with urgent orders when the need arises.”