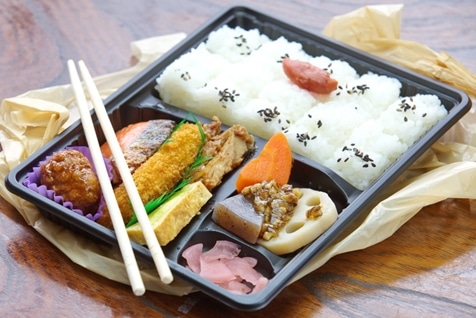 The Evolution of Takeaway in Australia

A lot has changed in Australia in the past 200+ years, and the world of takeaway has not escaped the transformation that comes with a rapidly expanding young country.

From humble beginnings to today’s assortment of well, pretty much any dish from any cuisine in the world, much of modern Australia’s culinary landscape can be traced through the decades of immigration and the more recent technological advances.

But when did take away first appear in Australia?

The meat pie is usually given the crown for being our original take away treat, and it remains an iconic part of our food history.

The English had been dining on pies centuries before their arrival in Australia, so it didn’t take long for meat pies to grace our shores. Travelling pie men (Sydney’s William Francis King is particularly famous as “The Flying Pieman”) were the main distributors until pie carts and coffee stalls began to appear throughout capital cities in the second half of the 19th century.

Fun Fact: Sargent’s Pies catered Canberra’s official opening of Parliament House in 1927, but they completely overestimated the number of attending guests, and two truckloads of meat pies ended up at the tip!

Fish and Chips as the First Shop

A serve of fish and chips is a similarly steady figure, with the first shop allegedly having opened in Melbourne by Greek man Athanasias Comino in 1879.

Chinese takeaway is even more ubiquitous it could be argued.

Found in nearly every town and city across the country, Chinese food in Australia dates back to the Victorian gold rushes where cookshops were established to feed the growing Chinese mining communities. Chinese restaurants and tea rooms would eventually be frequented by non-Chinese patrons.

However, until post-WWII, Australia’s takeaway landscape was fairly barren.

All of a sudden, European migrants began arriving and introducing the Australians to their varied cuisines, then the Asian and Middle Eastern flavours in the 1970’s and beyond.

The very definition of takeaway itself has gradually changed. It has come to include home delivery of food, not just picking up a burger and chips on your way home.

With casual or fine dining, vegan and vegetarian choices, gluten-free options, and everything under the sun, takeaway now caters to people of all needs and preferences.

Menulog and its Healthy+ Campaign

She set strict guidelines that restaurant dishes had to meet, but it wasn’t nearly as difficult as people would think. Plenty of pizzerias use spelt bases and wholemeal pasta these days, there are scores of Indian dishes that aren’t laden with cream, and salads don’t need to be bland to be nutritious.

The Internet obviously plays a substantial role in this, dramatically influencing the way we buy, cook and consume meals.

Above all, the Internet has given us the joy of convenience.

The evolution of takeaway has given us the opportunity to cut back on the cooking time and have a local chef do it instead.

Thanks to our long history of migration and cultural fusion, Australia’s takeaway landscape is world-class. We’ve never been further from our meat pie beginnings.

Restaurants to Keep Up with Demand for Online Services

Vietnamese, Japanese, Italian, Lebanese, Indian, Chinese, French, Ethiopian – whatever you’re craving, you can order it online and have it for dinner within the hour.

As for restaurants, keeping up with demand for online services is vital to future success.

There is a burgeoning demand for quick, easy dinners that aren’t just from the frozen section of the supermarket. Busy lives are just getting busier, and this means exciting times for restaurants.

Your services have never been more necessary! People no longer use restaurants as a treat, or simply for birthdays and special events. Rather, they use restaurants for daily sustenance.

By moving your venue online, you’re reaching out to an entirely new audience. Listing with a major online aggregator like Menulog increases awareness of your restaurant, but it also increases orders.

The evolution of takeaway has brought us to online ordering, so don’t fall behind.

Alsco would like to thank Menulog for sharing this informative article on how takeaway has evolved and how they come up with Healthy + Campaign. Menulog  is an online takeaway website where restaurateurs can go and list their restaurants to cater to customers online. To learn more, visit their website.

Rush and rush, nowadays most of the consumers don’t have enough time to cook and tend to order food online, drive-thru and/or restaurants. Maybe the big question is WHY? Simply because they are easy to get to, perhaps inexpensive than buying raw foods and cook it themselves.

The first impression is indeed the last, that is why it is very important to use good to high-quality linen in every restaurant in order for it to look more inviting to all customers. Learn more of Alsco’s Table Linen now – call us 1300 659 892! Our friendly representatives are waiting.