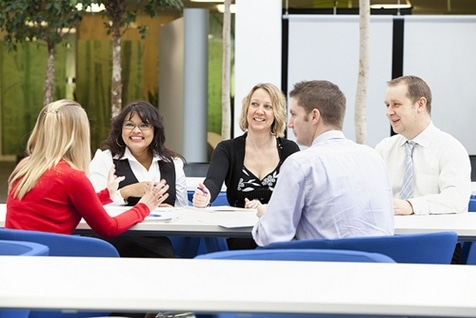 How to Engage With Employees to Build a Positive Organisational Culture

The initiatives will not be able to sustain and will gradually extinguish. This might happen, say, after a month or so and the behaviour of the organisation and its people will revert to normal. This was the key message from a panel discussion on organisation culture at the NSW Safety in Action conference and Exhibition, held in Sydney in 2014.

This organisational behaviour was very aptly termed as “decay theory” by Greg McLoughlin, managing director of Health By Design. Employees learn the new behaviour, show some initial enthusiasm to display it. However, if their behaviour is not reinforced, the employees tend to fall back to old habits.

Decay Theory in cognitive psychology deals with memory and forgetting. The theory proposes that memory fades due to the mere passage of time. It suggests that if we do not attempt to recall an occurrence, then the greater the time since the occurrence, the more likely are we to forget it. Greg McLoughlin explained that employee behaviour follows a very similar pattern of behaviour.

It is worthwhile to mention that the standard of behaviour will usually settle at a level slightly better than before, but not as good as it should be. However, much of the efforts undertaken to introduce the modification in employee behaviour go waste. Hence, there is a need for another round of effort for the same WHS initiative to be reintroduced which creates another improvement spike followed by another gradual decline.

WHS initiatives need to go beyond just identifying risks, raising awareness and providing training. Every employee has a different “risk propensity” (e.g. Some are adrenaline-junkies or risk-seekers and others are very careful). McLoughlin has categorised employees into five different mindsets regarding change:

The problem is that awareness campaigns and training are often generic, yet they are aimed at employees with widely divergent mindsets. Backgrounds also vary widely, due to the type of job (e.g. trade person versus office worker versus manager), age, gender, past experience and other personal attributes.

The aim must be to ENGAGE employees first, then attempt to change behaviour. This requires using messages customised to suit different groups of employees ( e.g. sent via different types of media, and preferably interactive).

Identifying mindsets involves studying brain chemistry, in particular asking the question: “Why does the employee behave that way?”

Most organisations handle both management (e.g. compliance) and a “coal face” (e.g. training, workplace adjustments job design, physical and economic factors) matters quite well. However, they often do less with the “unseen” factors that significantly influence culture. These include consultation, collaboration and obtaining buy-in from all stake holders.

Dr Paul Johnson, a lead consultant at Safety Dimensions, said that all workplaces have a “culture”, which could be good or bad. However, distinguishing features of a positive WHS culture include:

Michele Farley, director of Safety Journey, said that the choice of language has a significant impact on WHS culture and requires a lot of practice to make the right choices.

For example, when talking to employees you should seek to genuinely enquire and understand rather than simply confirm. Suitable phrases may include “What issues are there?” or “Do you have any concerns?”. On the other hand, “Is everything okay?” amounts to seeking affirmation, and may be perceived as dismissive, not empowering.

Farley referred to the common problem of “confirmation bias”, which means that when people are uncomfortable when they see something “wrong” or confronting, they tend to see only what they know to be true and which confirms their own  views.

“Buyer’s remorse”, when people seek to justify bad purchases, is a common example of confirmation bias.

Interrupting employees at work is difficult for most people to do, but if it is done often and in a genuine way, it is likely to send the message of caring for employees. Farley quoted that following example.

An oil drilling rig exploded a few hours after an onsite “safety leadership visit”. The visiting managers said later that they had noticed “confusion” at the time, but did and said nothing because they “did not want to interrupt work” as they thought that would have undermined the supervisors’ authority and sent a message that the employees were not trusted.

However, this was perceived by the employees that interrupting them would have taken the time (and added to cost) and that it implied consent to what the managers saw. The unanswered question was “why were they here?”.

Again the type of message and language use needs to suit the culture.

Alsco would like to thank Ray Welling of WorkplaceInfo for allowing us to share this very informative article that talks about how to understand your employees. WorkplaceInfo is a proactive online resource for Australian HR/IR professionals. To learn more about WorkplaceInfo visit their website workplaceinfo.com.au.

To have a good relationship with your employees is a must – in order for them to work well and productivity will be high. Each employee must feel comfortable in their workplaces, accepted no matter what their status is and most of all respected regardless how they look and what type of work they have.

Alsco provides solutions to maintain your company’s environment healthier, safer and greener while at work. With the use of Alsco’s workwear employees can work comfortably and will improve their work performance. Want to know more of our service? Call us now 1300 659 892.