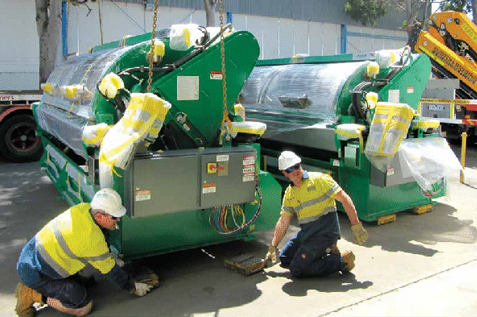 Alsco is On the Move at Mulgrave Branch

We are on the move at Mulgrave branch

The addition of the AUS work has meant that we also have some new team member; Dalton, Stephen and Neil in Service, Jing, Enesi, Francis, Ada, Emily, Nicole, Ngoc and Dung in Production. We welcome these people to the Mulgrave family and look forward to the remaining staff from Dandenong joining us in February 2018.

In early December Doris Durand (pictured right) resigned from the role of Production Supervisor. Doris worked at Mulgrave from 19997 to 2008 before beginning a career in childcare. In 2013 she returned to Mulgrave as a team leader and was later promoted to Supervisor. We wish Doris and her family all the best in the next stage of her life and thank her for her tremendous contribution to Alsco Mulgrave.